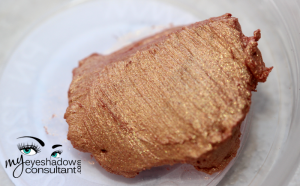 Like many of MAC’s duochrome eyeshadows, it was only a matter of time before they turned that formula into a paint pot and formed the ever-lovely Rubenesque.

The wonderful thing about this color is its versatility. In today’s post, I’ll be showing you how easily it punches up your orange eyeshadows. Additionally, its duochrome quality is also great for layering under pink and yellow eyeshadows to set them ablaze!

In this look, I chose to layer Off the Page and Arena over it after applied to the lid. Several ladies have written me in the past to ask about how to get Arena to show better on the lid. This will do it! When each of these eyeshadows is layered over Rubenesque, you can see how strong they become just in the swatches alone:

Amazing how the addition of a simple paint pot can dramatically change how an eyeshadow behaves, isn’t it?! As mentioned in the first post I did on MAC paint pots, if you aren’t sold on buying a full size jar of one of MAC’s paint pots, I ordered samples from this website to try them myself. They give you MORE than enough to see if you like it.

And here’s the look that was put together with Rubenesque and these eyeshadows: 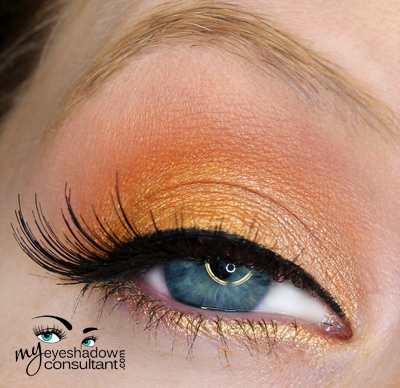 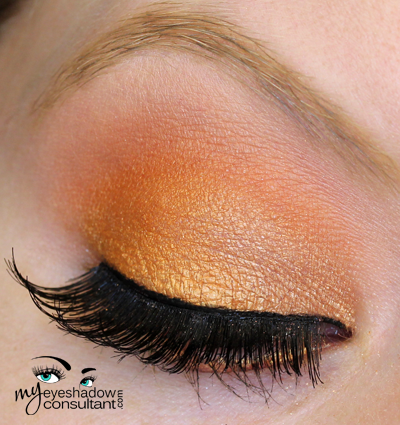