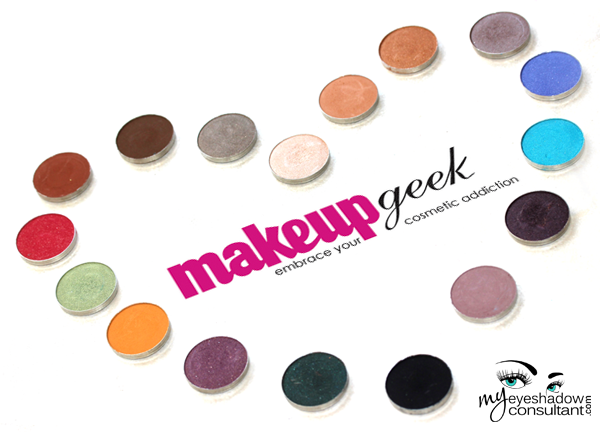 Many of you have been asking about the MakeupGeek eyeshadow line from the lovely Marlena; what I think about it, how it compares to my beloved MAC, so you know I couldn’t help but try them! Quite honestly, these eyeshadows have met every expectation I had, as well as some I had for some of MAC’s shades!

What I love the most about these eyeshadows is there is little to NO fall-out associated with a great majority of them. They transfer to the brush effortlessly, go onto the lid seamlessly (no blotchy applications, ahem, MAC), do not contain chunky glitter (ahem, Urban Decay), and blending them out and into one another is an absolute dream.

And let’s not forget to mention the price difference – HALF the cost of MAC and some are actually better than some of the MAC comparables. Click here if you’d like to purchase, or check out the eyeshadows from the MakeupGeek line.

So far I’ve created looks with 9 of them during my experimental week, and I am anxious to continue going with them. I am most excited about ‘Razzelberry’ (the red shade)! I have always wanted to try a red eyeshadow and I have the PERFECT look in mind for it in an upcoming YouTube tutorial. 😉 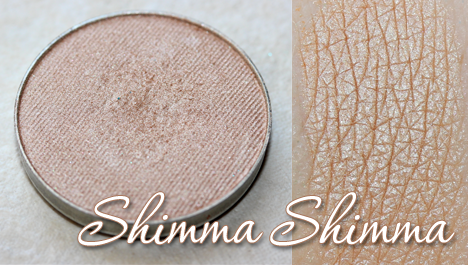 Shimma Shimma is an exact dupe for MAC’s Shroom, although I feel it’s a touch lighter and not as ‘dirty’ looking as Shroom has always appeared to me. 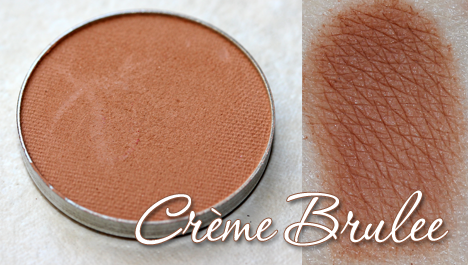 Creme Brulee is next to near identical to MAC’s Soft Brown, but easier to blend away when used in the crease. A softer application of color. 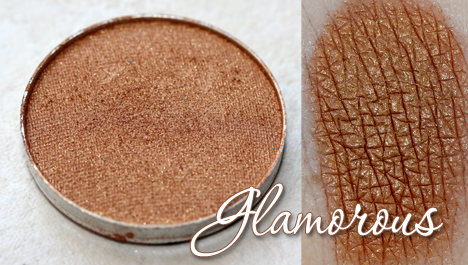 Glamorous is a dupe for MAC’s Amber Lights; I didn’t see any real difference between the two. Very easy shade to work with, blends away beautifully. 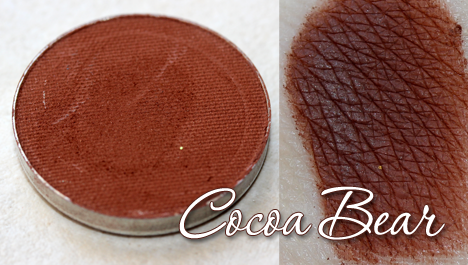 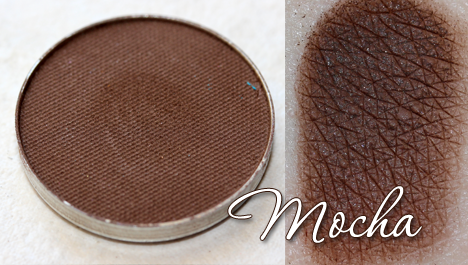 Reminds me of MAC’s Brown Down but not as stubborn of a blender. MUCH easier to blend away and into other colors, which is an awesome find for me because I despise Brown Down for its hard-to-work-with application in the crease. 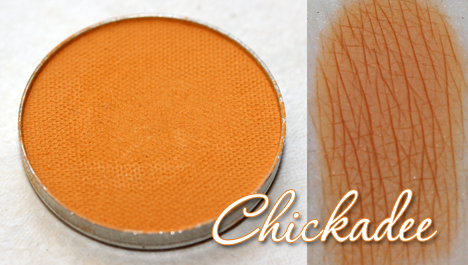 Appears mustard in the pan but when applied to the lid, it turns into a beautiful yellow-leaning orange color. MAC’s Rule is a very close dupe, but a little more orange. 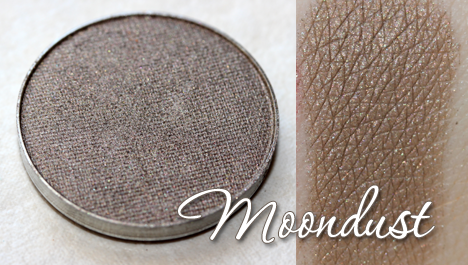 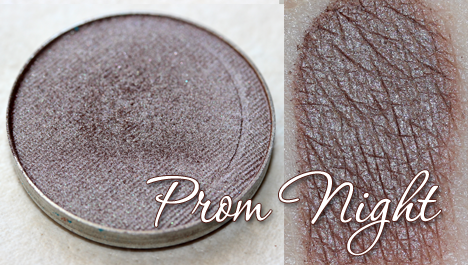 Prom Night is an interesting color! To me, it’s a silvery-taupe with a hint of a cool purple mixed in. There is nothing like it comparable in MAC’s line that I can think of. 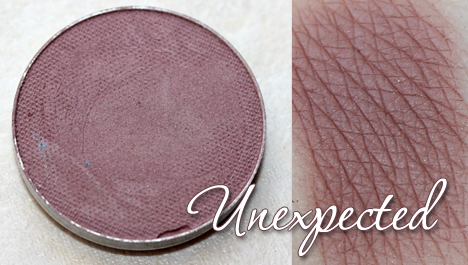 Another gorgeous matte, light purple shade; beautiful when used lightly in the crease. I want to compare this to MAC’s Quarry, or Urban Decay’s Tease, but it’s a little more purple. 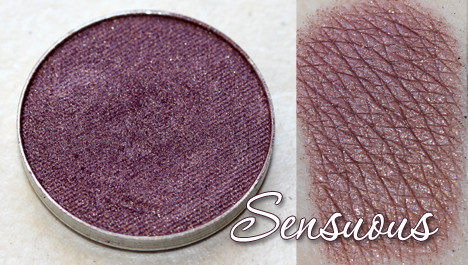 When I first saw Sensuous in the pan, I was reminded of a mixture between MAC’s Trax and Star Violet. I don’t personally like Trax because it has that weird gold shimmer mixed in with the purple, which to my picky artist eye doesn’t match. However, Sensuous has that gold tinge to it but its MUCH more toned down, and more wearable (in my opinion), compared to Trax. 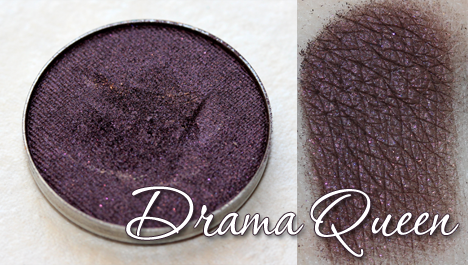 Drama Queen is a dark purple with a subtle amount of sparkle in it. While I couldn’t think of anything in MAC’s collection resembling this one close enough, it is an exact dupe for ‘Ever After’ from Too Faced’s Romantic Eye palette. No difference except that Ever After is matte and Drama Queen has a little bit of glitter. Other than that, they’re the same color. 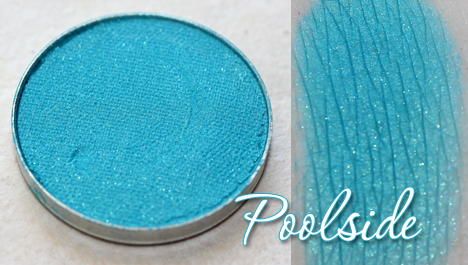 Stunning blue shade! This is so beautifully unique and not comparable to anything in MAC’s permanent collection. If you were to look outside into the limited edition shades, MAC’s Cool Heat is a dead ringer, but Poolside has a little bit more glitter in the formula. 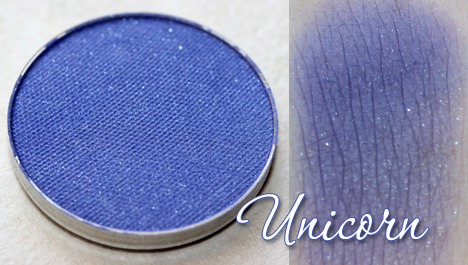 Unicorn is a bluish-purple, very similar to MAC’s Parfait Amour or Urban Decay’s Psychedelic Sister. I feel Unicorn is slightly more blue than purple compared to those two though. This one takes a bit of layering to build the color up, but it’s so beautifully vibrant when you get it there. 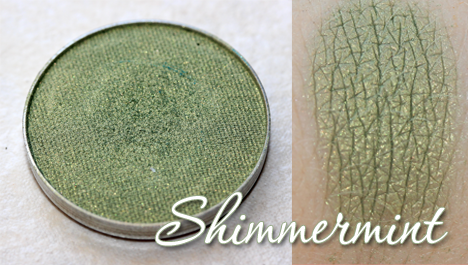 Shimmermint is a beautiful light green with just a small hint of gold in it. The very second I applied it, I was instantly reminded of MAC’s Juxt. So if you’re looking for something similar to MAC’s discontinued Juxt, I’d highly recommend giving Shimmermint a try. 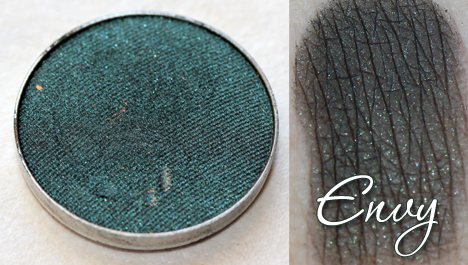 I LOVE a good dark forest green and Envy is no exception. MAC has really missed the boat by not putting a true, deep green in their permanent collection like this. Once again, an LE shade I would compare to Envy would be MAC’s Bows & Curtsies. Envy is a little lighter than Bows & Curtsies when you look at the two in the pan, but after application, you get the same effect. 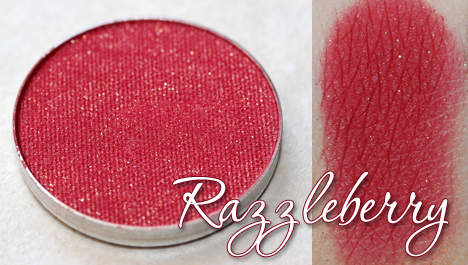 Wow! A red eyeshadow! Be still my pink eyeshadow loving heart! If you were going to get a red eyeshadow from MAC, you would probably need to look to one of the limited edition pigments like MAC’s Basic Red. And even still you wouldn’t be getting this shade. It’s a shocking red, true, but it’s more toned down in my eyes and placed right can REALLY add a lot to a look. More soon with this one! 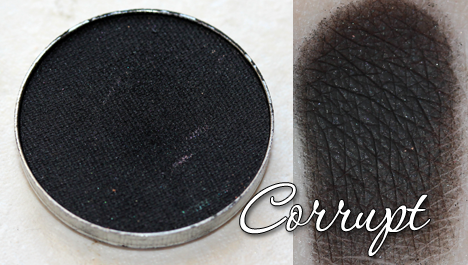 Dupe for MAC’s Carbon; hey, once you have one black shade you have them all! Very pigmented color, doesn’t take much to build it at all. A little easier to work with compared to Carbon. 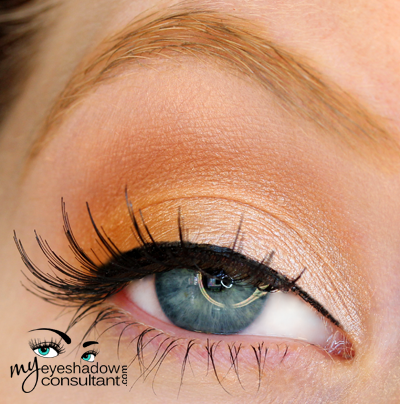 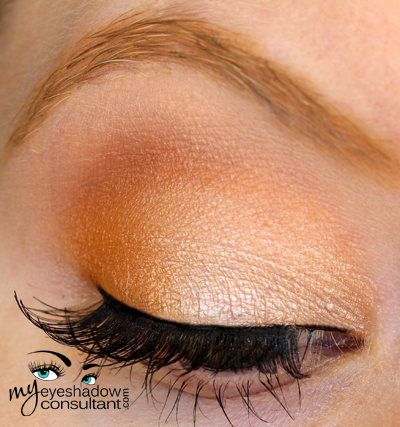 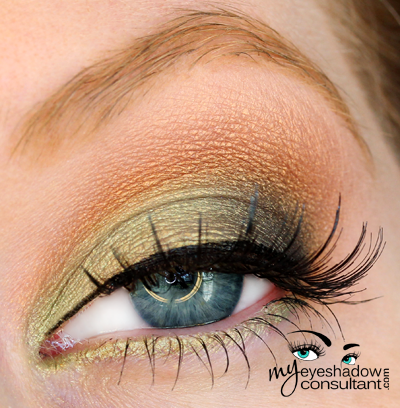 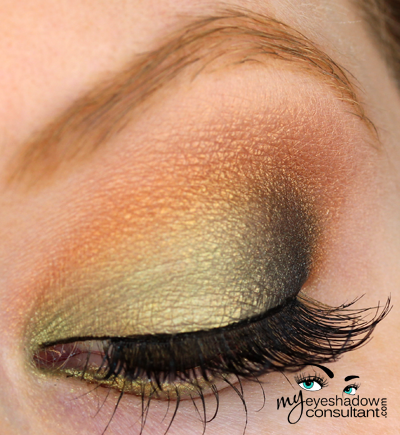