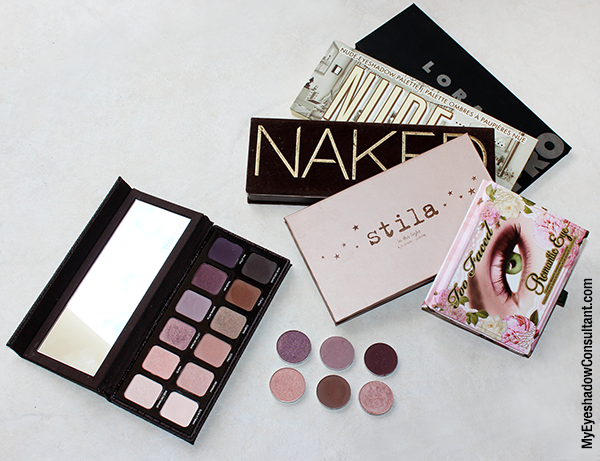 When I set out to do this post I *knew* it was going to be a challenge. Laura Mercier eyeshadows are rather hard to dupe with other brands (in my opinion) and this palette surely didn’t disappoint when it came to the dupe department.

Some of the dupes I found with this palette are exact while others are just slightly off either in color or formula, so please do keep that in mind. If there are differences to be noted, I’ll make sure to say so with each comparison. Additionally, I compared this palette to a WIDE range of brands, so you may find you already own some of the colors in the LM palette.

The only two eyeshadows not pictured were the two I was unable to match with dupes (and believe me when I say I TRIED!): they are Guava and Bamboo. Oh, and Vanilla Nuts is comparable with LORAC Pro Palette’s Cream eyeshadow but because I am so white (ha!) I couldn’t get either of them to show well enough on camera for comparison purposes, so they are not pictured below either. 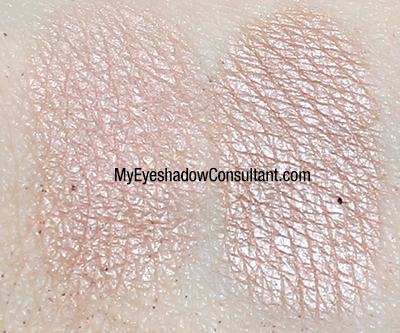 Sparkling Dew is a light pale shade very comparable to Urban Decay’s Virgin, both in color and formulation. Between the two, I’d say the only real difference is Virgin is much more pigmented than Sparkling Dew and is an easier color to build. 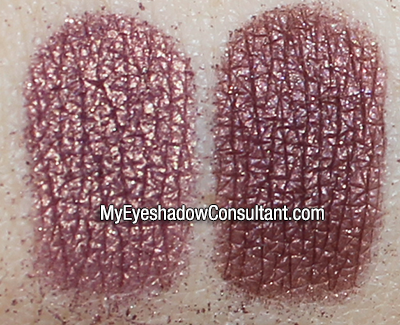 I initially wanted to compare African Violet to MAC’s Trax, but the purple tones in Trax are much darker in comparison to Laura Mercier’s version here. Even compared to MUG’s Sensuous, there are still some subtle differences worth noting. While the purple shades are nearly identical, the shades look slightly different because there is a LOT more gold in African Violet’s formula, and you can see that clearly in the side by side example above. If you wanted to match Sensuous more closely to A.V., you could try layering a small amount of gold over it. 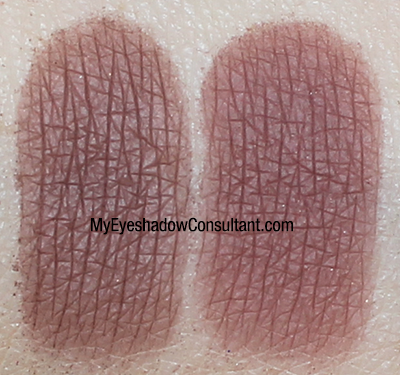 Plum Smoke is just slightly darker in tone compared to MUG’s Unexpected, which is a slightly more vibrant purple shade. Not by much though. Compared to MAC’S Quarry and UD’s Tease, Plum Smoke is much more purple and not as dark. Unexpected is the closest match I could conjure. 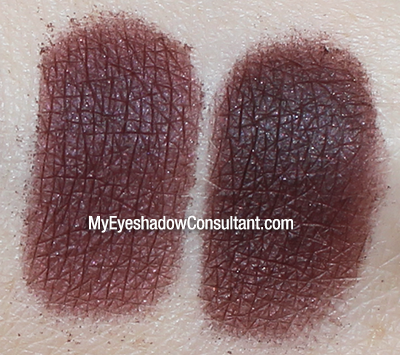 Kir Royal stumped me for a bit and I must’ve swatched EVERY medium shaded purple I had before deciding that MAC’s Sketch most closely resembled it, but even it isn’t an exact match. If you look closely at the swatches above, you can see that Sketch is a little darker than Kir Royal. It’s also worth mentioning that Kir Royal is A LOT easier to work with compared to Sketch, which can be a booger (yes you can, Sketch!). 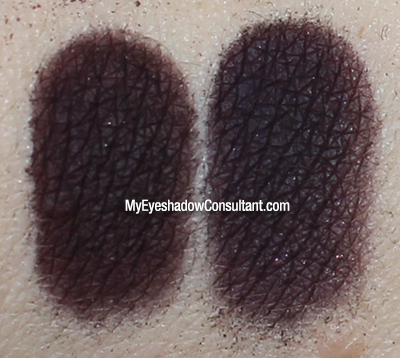 Similarly to how I struggled finding an exact match for Kir Royal, the same can be said for Violet Ink, which has no exact match from my collection. The closest I came was Too Faced’s Ever After from the Romantic Eye palette. However, the two are not exact. Ever After is a bluer-based purple and Violet Ink has a little bit more of a red base. I almost didn’t include this comparison as I didn’t feel the two were close enough, but thought I’d share my findings anyhow. 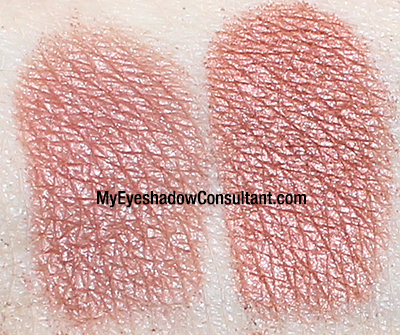 Again, no exact match here (boy, this was getting old by the 6th dupe hunt – ha!). Cinderella has the same color as Primrose, but it’s much stronger and more pigmented compared to Primrose. I also feel like there’s more shimmer in MUG’s version. 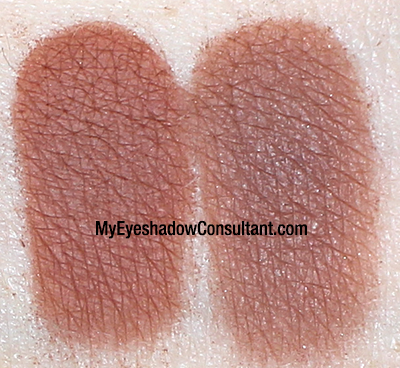 Fresco is a rosy-brown shade; compared to MAC’s Malt, it’s a LOT darker and I had similar findings when I compared it to Stila’s Wonder eyeshadow. Stila’s Bliss eyeshadow from the In the Light palette was the closest I could come in tone to Fresco, but it’s still missing the strong pinker tones found in Fresco. I still love them both and honestly don’t have a favorite here, but I am biased as I LOVE me some pinky-browns! LOVE! 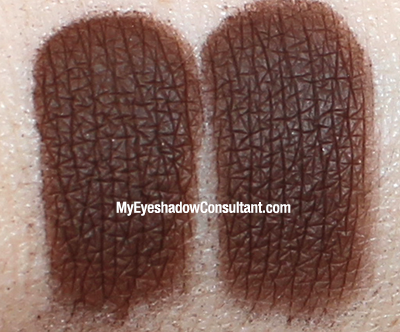 Ah! We have a match! I went through all of MAC’s browns before finding that perfect teddy bear brown to compare with Truffle. Same consistency between the two, same color. Nothing to see here. NEXT! 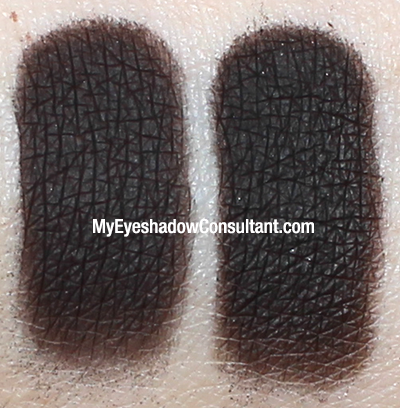 Espresso Bean is a dark, dark, dark (did I mention dark?) brown. Unfortunately, it’s hard to find anything like this outside of TheBalm, which had a dead ringer in the Nude Tude palette in its Sleek shade. Between the two I found Espresso Bean to MUCH more pigmented, though.

Do you own this palette? What dupes have you found?