Well, this is an interesting palette! Right off the bat, I really appreciate how Stila has made each of these ‘In the’ palettes follow a specific theme. The ‘In the Know’ palette follows an intrinsic desert theme and I love the names! However, compared to other ‘In the’ palettes I’ve featured for you on the site before, some of these shades left a little to be desired! 🙁

I found a good majority of the shades to be quite pigmented, super easy to blend and apply. What I didn’t fancy is the lack of contrast in some of these shades placed side by side, which makes me feel like you’d be limited in the number of combos you could create using just this palette all by itself. Mixing it with other eyeshadows you already have would deliver a wider range of looks, in my opinion. I was also disappointed by the eyeshadow in this palette called ‘Smoke’. If you look at it in some of the combos below you can see how chalky it appears on the eyes. As hard as I tried to get it not to look that way, I couldn’t. It reminds me a LOT of MAC’s Scene, but a less pigmented and chalkier version of it.

The burnt orange shade ‘Fire’ was probably my most favorite in this palette and I would have liked to have seen more orange-leaning shades included in this palette, like MAC’s Arena or Samoa Silk.

Overall, out of the ‘In the’ series of palettes, I’d say this was the least desirable for me (and that’s saying a lot considering how much I’ve cheered for Stila’s palettes in the past).

What do you think of this palette? 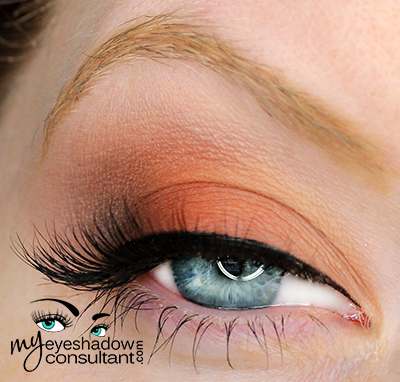 13 thoughts on “Stila In The Know Palette Looks”